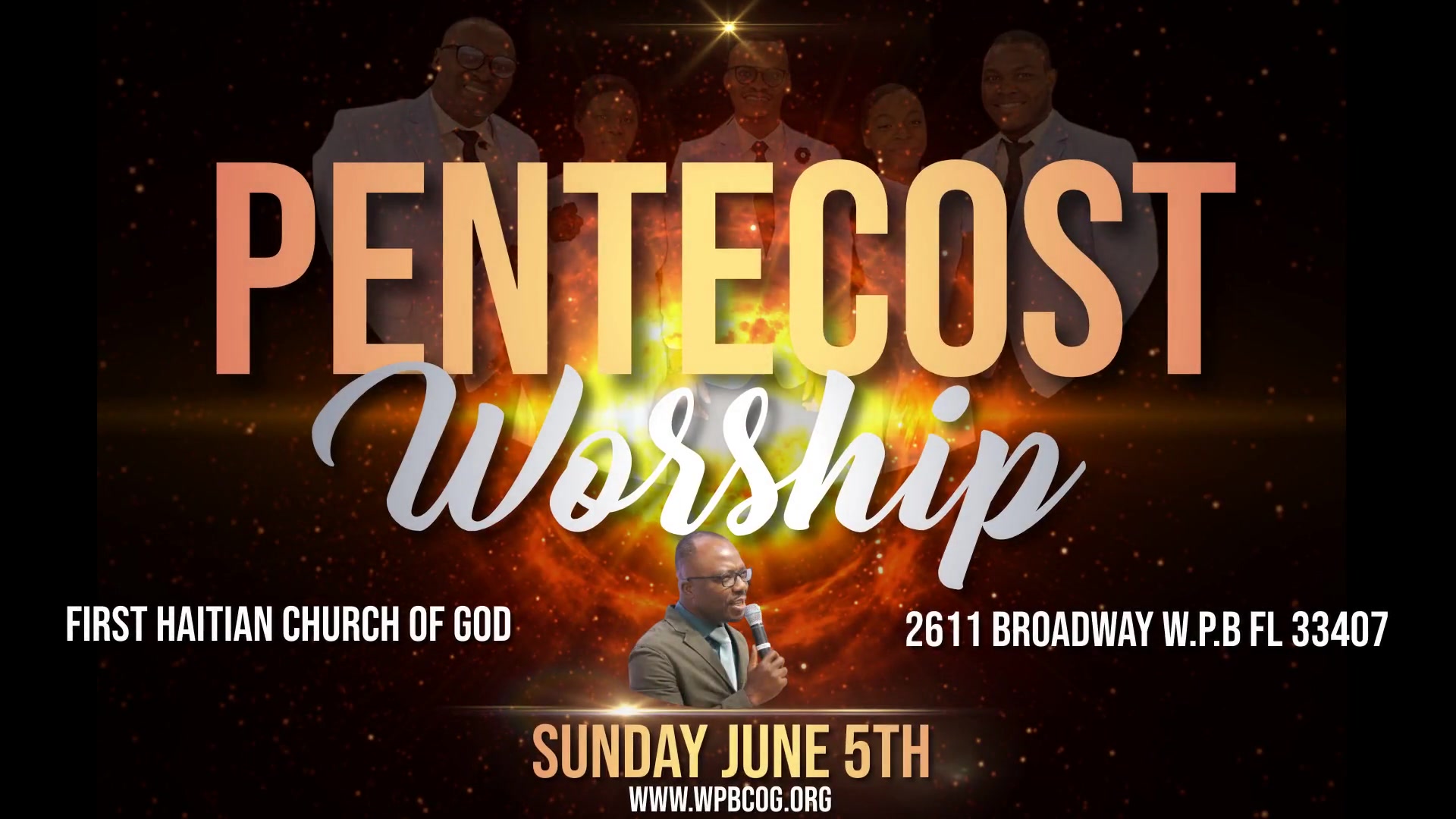 After the organization of the Haitian Church of God, it was without a pastor; therefore,  Reverend Germain traveled to West Palm Beach once a month to oversee the service of Holy Communion. Realizing the church needed a full time pastor; Reverend Sequiel Pierre was appointed pastor and served the congregation for approximately two months.

March 14, 1984 Reverend and Mrs. George Mode’ come to West Palm Beach from Haiti to take on the pastor ship of the Haitian Church of God. Under their leadership the church grew from sixteen to over sixty members. The rented building on Florida Avenue was no longer adequate for the increasing membership. A building fund drive was stance to purchase land and a church. Reverend and Mrs. George Mode’ returned to Haiti in March of 1987 and the Haitian Church of God was once again pastorless, but not for long.

After acceptance of the revelation and moving to West Palm Beach, it was not easy for the Lafortunes. They had come from a secured place of worship to a “store front church” in West Palm Beach. The Lafortunes were lonesome for their old church and friends. But, because of their love for God and His righteousness, Reverend and Mrs. Lafortune obeyed God’s will and pursued the vision God had given them concerning the Haitian Church of God. Reverend Jerome and his wife Norma (Mrs. Maude Lafortune’s sister) moved to West Palm Beach and joined in on the mission of the church.

Under the dynamic leadership of Pastor Jean Lafortune the church membership has grown numerically and inspirationally. There are two hundred plus members and an attendance of over three hundred. The church has rented three buildings, each with an increased capacity holding. A Federation of various organizations have been instituted which includes: a Ladies’ Ministry, the Gideons (Men’s Ministry), a Youth Church, a Pioneers for Christ Ministry, and the Christian Brigades. The church Board increased from four to seven members.

As the church changed worship places, it continued to raise funds for a sanctuary. God gave pastor Maude Lafortune a vision that the time was right to purchase land for their new church. Before she departed this life in 1989 property (land) at 2611 Broadway, West Palm Beach was secured. In       January 1991 members and friend of the Haitian Church of God gathered with praise and thanksgiving to witness the Ground Breaking Ceremony for the building of a new church. The dream, a place to worship in unity in their native language was becoming a reality.

Construction of the Haitian Church of God started in April of 1991 and was completed in March of 1992. Today, Sunday March 15, 1992, we take time to humbly and sincerely thank God for our new place of worship. The vision is now a reality. “God gave it to us: we dedicate it back to Him.”